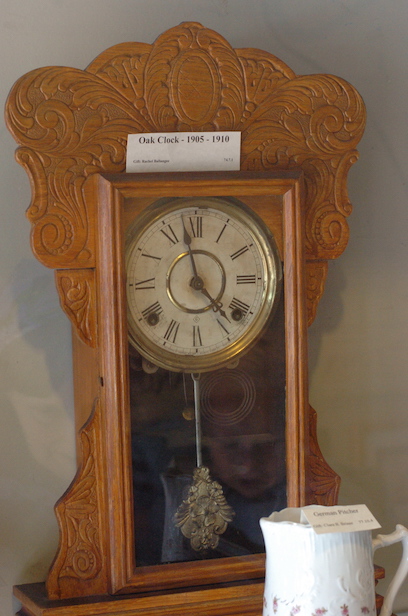 Physicist Bob Johnson, Ph.D., recently published a new study1 on a technique for freezing time by means of objects commonly available to the public. Dr. Bob, as his friends call him, says he has found “this one neat trick” that could change life as we know it. “In the fast-paced, dog-eat-dog, cat-eat-mouse, tuna-eat-salmon world we live in, there just isn’t enough time to get everything done in a day,” Dr. Bob says. “So a technique for freezing time just long enough to get everything done would revolutionise the fabric of life, and allow us to get everything, or pretty much everything, done.”

Dr. Bob’s research on relativity, extraterrestrial bodies, and psychedelic light shows at rock and roll concerts had been in a bit of a slump for five or six years, producing no results of publishable quality whatsoever. Indeed, he began the present study almost by accident, when his wristwatch had a dead battery. He noticed that, upon replacing the battery, the time on his watch blinked, and did not advance until he pressed the RESET button.

“This was a breakthrough for me,” says Dr. Bob. “It’s like a lightbulb went on in my noggin, and I realised for the first time—if you can call it a “time”—that I had stumbled upon something worth writing about. The watch stopped, time was frozen, and I had all the time in the world.”

Naturally, Dr. Bob used the technique multiple times during the writing of his paper, which was published in the Oxenford Journal of Relativity & Time Travel. Since he was on a tight deadline, he used the extra time not only for his experiments, but also for writing the paper and working out the equations.2

The basic conclusion of Dr. Bob’s study is that almost anyone can freeze time if he owns a wristwatch, a button-cell battery, and one of those really tiny screwdrivers. He has yet to determine whether it would work with all types of batteries or only the button-cell, but is hoping to retrofit various battery compartments for his watch that would allow him to test AA, AAA, AAAA, AAAAA, and cell phone batteries. He also notes that “in theory, pocket watches could be used. The problem is, they are almost extinct, so it may be difficult to find one to test my technique on.”

More Ways to Save Electricity

The Hobbit, The Lord of the Rings, and The Silmarillion Were All Plagiarized

Shocking evidence has come to light in the past few[...]

Environmentalists have long been concerned about genetically engineered food, sometimes[...]

Social Security Numbers (SSN) are pretty boring, aren't they? I[...]

To increase awareness of Indigestion Awareness Month, which begins today,[...]