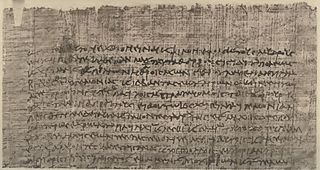 One of the most interesting fruits of the contemporary computer revolution is the random text generator. Examples range from the sublime to the ridiculous, and include the modern spirituality generator, a multitude of pickup line generators and, most famous of all (until now) the postmodernism generator.1

While we have known for quite some time that the ancient world had computer technology,2 we have typically assumed that it was fairly rudimentary—perhaps useful for astronomical calculations, but nowhere near powerful enough for something like a random text generator. Recent analysis by the department of Informatics and Linguistic Analysis at the University of Malborghetto challenges this assumption by showing without a doubt that the entire body of Aristotle’s philosophical work was produced by a random text generator.

“This discovery revolutionizes our understanding of ancient computing technology,” says Abbondanzio Buccho, who was responsible for the linguistic analysis.

At the same time that this discovery leads to new insight into ancient computing technology, it leaves philosophers struggling with their past. “We’re having a hard time coming to terms with this discovery,” says philosopher Anke Fleischer. “If everything written by one of the most prolific and respected philosophers of all time was simply random text, what does that say about philosophy? Perhaps we can all simply retire and let computers do our jobs for us!”

Heraclitus in the Digital Age
← Previous Article
Next Article →

While the metric system has simplified calculations of distance, weight,[...]

If you think about it, dental floss is a fairly[...]